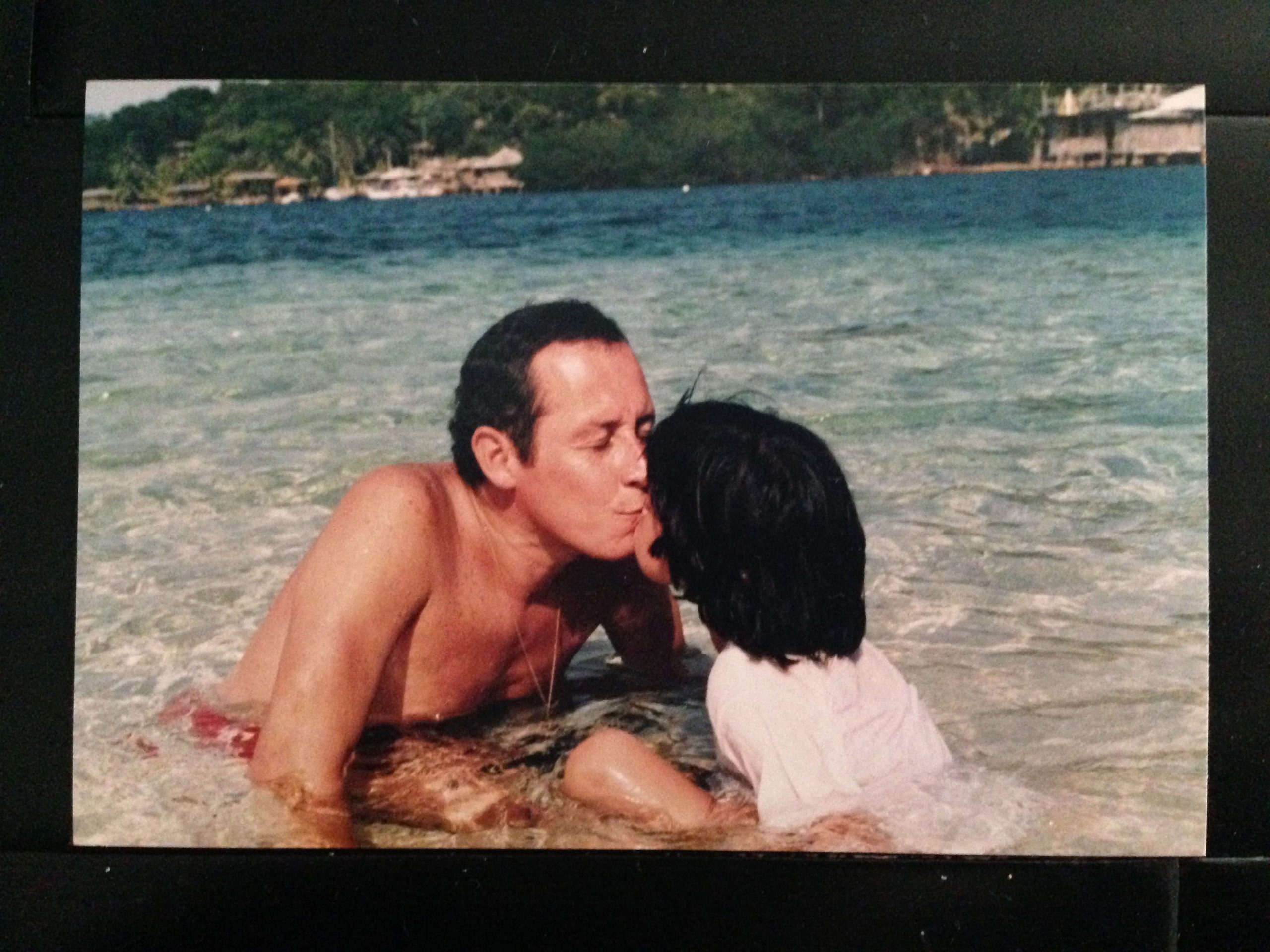 Today marks seven years since my dad’s passing. I think of him often, but perhaps not in the way you may be thinking. When I think of him, I think about regret. See, he was brilliant. No, really. Brilliant.  And I can’t help but wonder how many regrets he had in his life.

He was a gifted athlete. A baseball hall of famer in our home country. He was scouted by the majors, but ended up not taking the offer. Why?  Life, family, + society had other plans for him. Family pressure lead him to go to medical school and turn down an offer to potentially join the major leagues.

He got into one medical school. One. Family + society told him it wasn’t prestigious enough, that he should apply again the next year and get into a school in a better city with a better name. He followed his instincts and went to Mississppi anyway.

He met and fell in love with an American woman. Family + society told him to find himself a local girl with a good, recognizable last name. He didn’t listen. He married her anyway.

He had offers from private hospitals and clinics in the USA and in his home country. He was promised more money and better patients. He never bit. He went to the public hospital every morning and his private clinic each afternoon until the day he died.

I was living in the USA when I got the call on a Tuesday evening in May that he had passed away. Two plane rides later and my sister and I reunited with tears in our eyes. The in memoriam card that was given at his mass quoted his favorite song by his favorite crooner.

If you would indulge me, each word is very relevant.

My Way by Frank Sinatra

And now, the end is near
And so I face the final curtain
My friend, I’ll say it clear
I’ll state my case, of which I’m certain

I’ve lived a life that’s full
I’ve traveled each and every highway
But more, much more than this
I did it my way

Regrets, I’ve had a few
But then again, too few to mention
I did what I had to do
And saw it through without exemption

I planned each charted course
Each careful step along the byway
And more, much more than this
I did it my way

Yes, there were times, I’m sure you knew
When I bit off more than I could chew
But through it all, when there was doubt
I ate it up and spit it out
I faced it all and I stood tall
And did it my way

I’ve loved, I’ve laughed and cried
I’ve had my fill my share of losing
And now, as tears subside
I find it all so amusing

For what is a man, what has he got
If not himself, then he has naught
To say the things he truly feels
And not the words of one who kneels
The record shows I took the blows
And did it my way

Yes, it was my way

And I will too.

For a hauntingly beautiful rendition of My Way, click here. 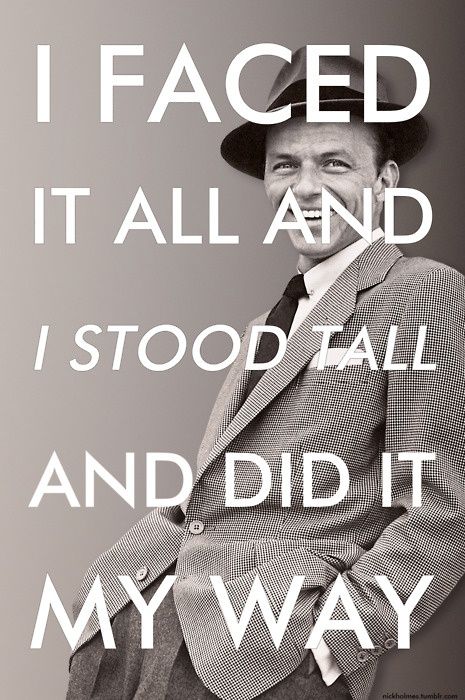